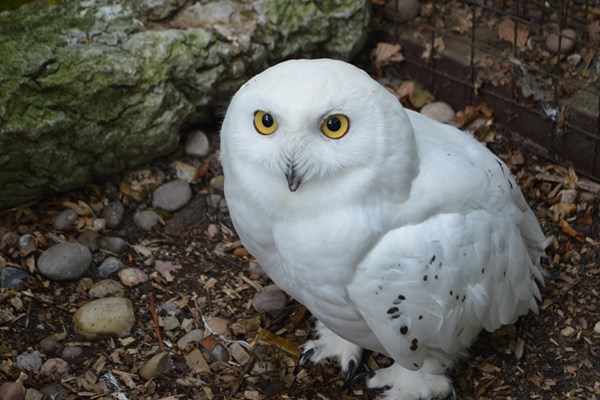 3.5 out of 5 (based on 3 reviews)
£49
Location: Broxbourne - Hertfordshire
For 1 person
Valid for 20 months
Best Price Guarantee

Discover this exclusive and exciting opportunity to take part in a fascinating guided walking tour of the Animal Park. Along the way you’ll meet a selection of animals which may include snakes, reptiles, birds of prey and Tenrec. What better way to learn more about your favourite animals.

Three Hour Birds of Prey Experience for One – Special Offer

£49
£36
(2)
Customer Reviews
3.5 out of 5 (based on 3 reviews)
1 out of 3 (33%) reviewers would recommend this product to a friend.
Short experience for the cost
We were extremely impressed with the park and the staff but the experience was very short and not worth the money. Most off the time we were stood with the general public with only one part being "behind the scenes" I don't feel you get what you pay for.

Response from Buyagift
By Jacqueline, Customer Services, 13 Sep 2018
Hi there, Thank you for your feedback. I am very sorry to hear you did not enjoy your experience. I have passed your comments to our events team to discuss with the experience provider to ensure they are aware of your comments and improvements can be made. Thank you for taking the time to leave your feedback.
Corban
Age: Under 18
Occasion: Birthday
Would you recommend this product to a friend? No
WOW Tour and Behind the Scenes Experience - NOT
Thankfully I paid half price for the tickets as they were two for one. Had I paid full price I would be hammering on the door of Paradise Park in Broxbourne demanding my money back. I bought the experience for my two godsons as a christening present only to be told as they were under 14 an adult needed to go as well so as they were two for one I bought another package. Total altogether approx £100. I have no fault with the staff, they were very good and competant. The paperwork says allow three hours for your experience making you think that was the length of the tour, in fact it last just one hour. We were first taken to the resource centre where the food preparation is done, a public area so not behind the scenes. Just looked through a glass panel, not given a great deal of information. Onto an area through a gate, separated from the public by a fence so low I could have stepped over it. Shown a barn owl but told we couldn't touch. The boys were asked if they had any favourites and we were taken to see the otters and the ocelot who was notable by his absence. Then taken to the studio where we were shown a corn snake we were allowed to touch, a bearded dragon we were allowed to hold and a tenrec. End of tour. Hardly behind the scenes, certainly not three hours and whilst the cost included admission to the zoo, if I had paid full price( which believe me it wasn't worth ) I would be even more unhappy than I am now. The boys were disappointed not to have done more and I really feel I have let them down.
Barneldu
Age: 55-64
Occasion: Other occasion
Would you recommend this product to a friend? No
Special treat
My son and his Godmother went on the WOW tour as a birthday treat for him. He got to hold a python and saw the big cats and a tarantula among other creatures. He found it very informative and it was a memorable addition to his normal visits. I bought tickets for myself and my other son on BuyaGift too so we all had a reasonably cheap day out at lovely PWP.
reallywrenchit
Age: 45-54
Occasion: Birthday
Would you recommend this product to a friend? Yes
Entry to Paradise Wildlife Park and Behind the Scenes WOW Tour
CLOSE
CLOSE