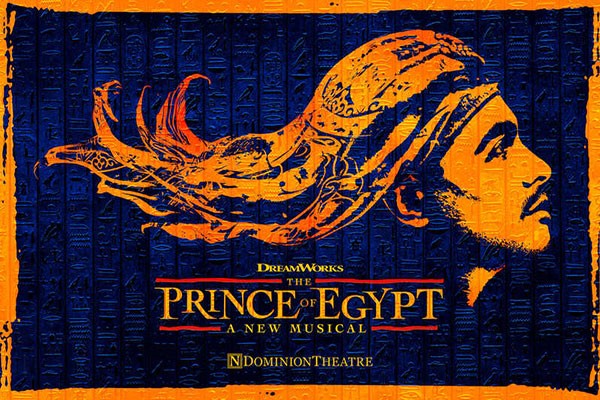 Prepare to be utterly captivated by The Prince of Egypt as it is beautifully performed at Dominion Theatre in London's West End. Based on the 1998 animated musical film, this captivating story follows the inspiring character Moses. He lives a life of privilege along with his brother in Ancient Egypt but discovers the truth of his past and plans to free his people from a life of slavery. This epic musical includes new music and lyrics by Stephen Schwartz and five acclaimed songs featured in the original film. Enjoy the enthralling music and overwhelming emotion of this sensational stage show as it is given life on stage.

Give the gift of choice
Birthday Celebrations Gift Voucher